The artist takes one of his favorite themes, the profane angel, and adds watercolor to the etching.

Recently he visited the Museum of Mozia, where he also placed the famous “Efebo”, found in the excavations of the small Sicilian island at the end of the last century.

In the showcases of the museum he identified a small fragment of polychrome vase of the IVth century. B.C. depicting a winged young man, a real angel, present then in the artistic imagination, long before Christianity transformed it into the current “Angel” of tradition. 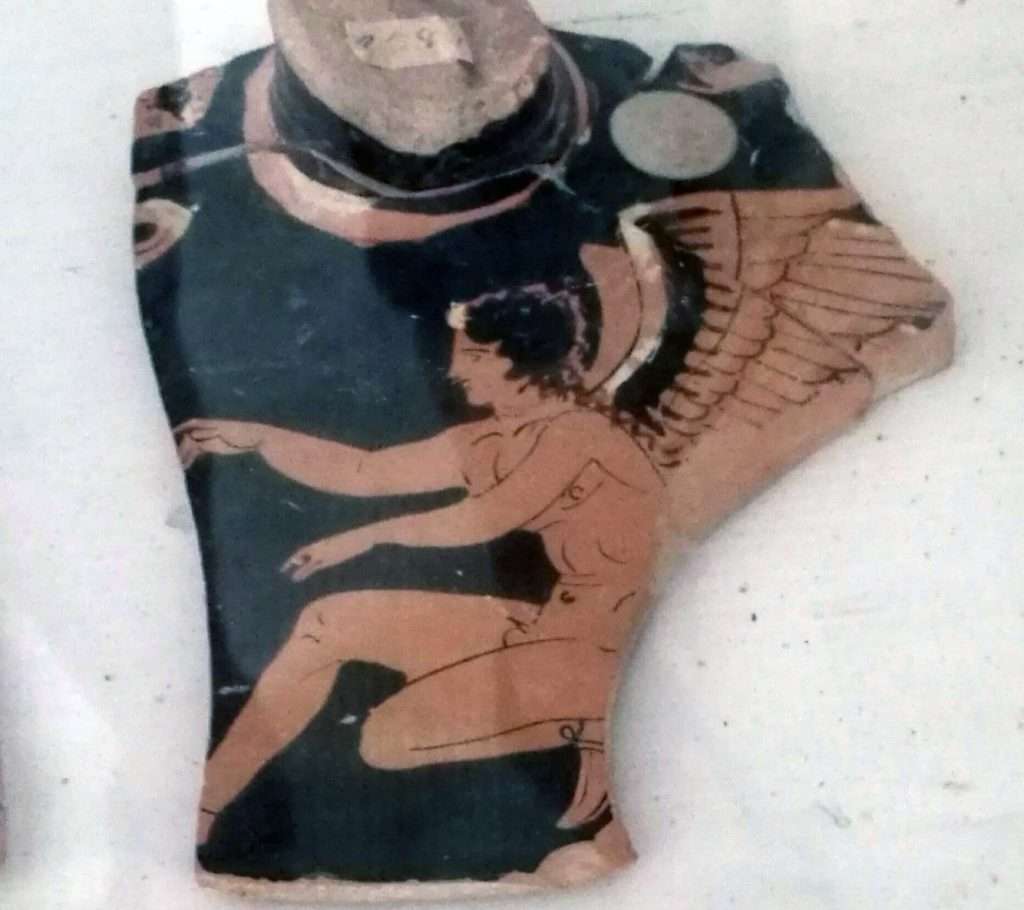